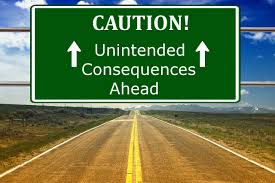 I’m sure you have heard, read about, or experienced sky-high hospital charges, surprise bills, and their equivalent to the hospitals reimbursement from Medicare. It’s no surprise when you receive your Explanation Of Benefits (EOB) from your administrator or the bill from the hospital to say “Wow! How expensive is that!”

With the pandemic it was expected that the hospitals would absolutely be crushed with patients – that’s why we self-isolated to flatten the curve. The fact is that in most cases the hospitals weren’t overwhelmed in most parts of the country. What also happened is that people canceled or postponed their nonessential or elective surgeries and procedures. As a result of both of these, some hospitals are now even laying off nurses and other staff members because they’re at less than 50% capacity.

What this means is a significant loss of revenue to the hospital during this time. Recently, I spoke to a stop loss underwriter and she said that the very large hospital in her city was laying off employees – nurses and staff due to their under-capacity.  The underwriters expectation is that once people decide to have those elective procedures done in the future, the hospital is then going to raise their prices even more so to make up for the loss of revenue during the pandemic. They can do this because they can – anytime they want and as high as they want.

If you have a PPO network with discounts, they are going to be meaningless when this new price surge occurs. You may think that your 50% discount is spectacular, but when prices go up by 20% or 30% or more, your PPO discount just got significantly diluted.

This is all the more reason to investigate Reference Based Pricing (RBP) which uses Medicare or the hospitals reported Cost to the Federal Government as the baseline for payment. These plans usually reimburse the hospital on a Medicare Plus or Cost Plus basis, which renders the hospitals price increase (which is already high) meaningless.

You might’ve seen a dip in your actual claims the last couple of months because these elective procedures are not being done, but once they do you can expect a rather significant increase in the claims dollars charged and paid.

If you don’t want to be on the receiving end of high hospital claims now or in the future, you can learn more by contacting me at frank.stichter@strategichpc.com or call me at 970-349-7707.